Angler Report – WINNING THE REEL IT IN CHALLENGE

Arena: ‘The great thing about the weekend was that due to COVID the challenge was set up as a Catch, Photo, Release tournament. It allowed anglers to get out on the water and compete at their chosen system and if needed, change locations between days. I sent an open invite on the internet, got a couple of responses and a couple of guys joined me.’

Weather: ‘The weather was a big factor for us as it had been raining for the 2 weeks prior. It meant the black bream would be pushed into certain locations throughout the systems, Yellowfin bream would retract to the mouths and the blacks would look for the opportunity to hit the bait that would be spilling out of the rivers and offshoots.’

Strategy: ‘I didn’t stop moving. I really felt across the two days that we covered a lot of ground, but were really methodical about the places we stopped. One or two casts as I peddled along the edge moving around the cove to point to edge to flat to mouth and back.

I’m starting to really believe in my first cast, if the lure doesn’t get attention or a bite in one patch, then there wasn’t a fish there or I wasn’t going to catch it… move on’

How did you get the big ones? I’m often the guy that needs to cull through the small ones to get the larger fish but for some reason that wasn’t the case this weekend.

I had 6 fish over 40cm with the majority coming on the Daiwa Baitjunkie Grub in Motor Oil and a Minnow type hardbody that I’m currently testing for a company. It unfortunately means I’m unable to show the hookup footage, but as soon as that lure is released I will be really pumped to share the experience on my YouTube channel. (CLICK HERE for Byron’s YouTube Channel)

Prior to arriving I’d looked at google maps and tried to imagine where all the fresh water would be moving and how the fish would be feeding on the critters and bait fish. There wasn’t really a science to it, edges, pressure points, drop offs, mouth entrances to the main system bowl’

Size: 46.8cm / 1.68kg
Depth: 3 foot
Lure: Minnow type hardbody (pre-production tester)
Line: Straight Through FC – Sunline Small Game – 4lb
Rod: Daiwa Battler Noodle Master
Reel: Shimano Stella 2000 – (He had the expensive stuff out)
HOW? I got the big one by throwing a minnow lure behind a snag, rolling it toward the snag and pausing the lure in the eddy of the snag, as it was twitched, it got nailed. The fish owned me initially and went from one snag to the next, circled the kayak 3 times and eventually got into the net. The heart was racing. 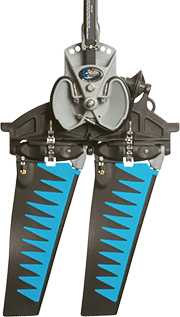 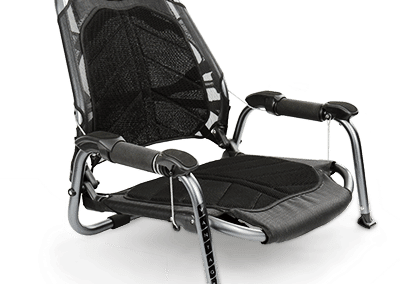 FREE SHIPPING ON ORDERS OVER $229*

Select “Free Shipping” in delivery options
*Within Australia, kayaks and some other bulky items excluded*